If you're looking to help yourself or someone you love struggling with substance abuse in Florida then you are in the right place. We can help you in locating addiction care programs for a range of drug addictions to alcohol, Xanax, crystal meth or any addictive drug. Search for a perfect rehabilitation clinic in Abbeville now, and get rolling on the road to a sober life. 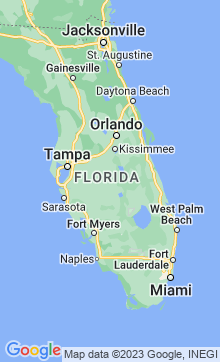 It is imperative that you call now for a free confidential assessment for drug & alcohol rehab centers in Florida, FL. We are professionals who can help get you or a loved in the right facility depending upon your needs don't wait, call now!

We conveniently list below the top closest drug and alcohol treatment centers to Florida FL. Our free and confidential 24-hour hotline can narrow down the right rehab center for you today. Not all substance abuse addiction clinics in Florida FL will be will be tailored to your specific needs because not every single facility is identical. You may reach out to these substance abuse treatment centers yourself or you may call our specialists to determine which program will be most effective for your specific needs.

Languages Spoken: EnglishService Hours: 24 Hours/ 7 DaysDescription: Programs that provide a treatment-oriented living experience in a community-based facility for adults who have emotional disturbances and who, because of their disabilities, are una

Above All Recovery Center LLC

The Agency for Person with Disabilities Suncoast Region caters to those with developmental disabilities in the De Soto, Hillsborough, Manatee, Pasco, Pinellas, and Sarasota counties.Helping those diagnosed with:AutismCerebral palsySpina bifidaIntelle

South Miami Recovery is an outpatient addiction treatment program. Our program is designed to address the specific needs of individuals in a safe, effective treatment environment, and also provides enough support so that our clients can continue thei

Florida’s rates of alcohol and drug abuse are often above the national average. For example:

Like many other states, Florida has recently experienced a surge in opioid overdose deaths. Drug overdose deaths in the state increased by 22.7% from 2014-2015, which was one of the highest percentage increases in the country. In 2015, heroin, fentanyl, and oxycodone caused the deaths of 3,896 people in the state.

The primary kinds of addiction treatment in Florida are inpatient and outpatient programs. Many inpatient and residential rehabs operate 30-day treatment programs which include individual and group therapy, recreational activities, and addiction education. A formal, medical detox is sometimes incorporated into these program varieties but may also take place in a separate facility.

Outpatient programs provide similar therapeutic interventions, but are unable to offer the same level of medical care and supervision as inpatient programs. You are also able to visit the treatment center on certain days at certain hours, instead of living there.

Whether you already know which type of FL rehab you prefer, or you need assistance making a decision, we can help. Call us today.

Some people don’t have insurance or aren’t able to pay for treatment upfront. Treatment providers understand this, and that’s why many offer payment options that may lower the total cost or let you pay off what you owe in monthly installments.

Other recovery options for people without insurance include rehab centers funded by the state, nonprofit and charity programs, and 12-step groups.

Some nonprofits and rehabilitation programs also offer scholarships that cover all or a portion of the cost. These are not always available, but they are worth investigating.