How Long Does Cocaine Stay in Your System?

Cocaine is a very fast-acting central nervous system stimulant that produces an intense but short-lived euphoric high, lasting for only 15 minutes to an hour.

Cocaine levels peak in the blood an average of 30 minutes after it’s ingested, usually via smoking, snorting, or injection. However, this depends largely on how it’s taken. 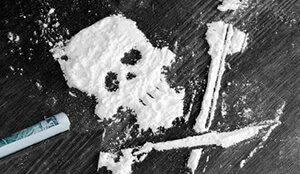 Determining exactly how long cocaine is detectable in the body depends on many variables, including which kind drug test is being used. Cocaine - also known as Coke, Crack, Flake, Rocks, Snow — can be detected for only 24 hours with some tests, but can be "visible" for up to three months in other tests.

The timetable for detecting cocaine in the system is also dependent upon each individual's metabolism, body mass, age, hydration level, physical activity, health conditions and other factors, making it almost impossible to determine an exact time cocaine will show up on a drug test.

How Do You Take Cocaine?

The principal routes of cocaine administration are oral, intranasal, intravenous, and inhalation. Snorting cocaine occurs when the cocaine powder is inhaled through the nose. There, cocaine is absorbed through the nasal tissue to the bloodstream.

Injecting cocaine, or IV cocaine use, releases the drug directly into the bloodstream and heightens the intensity of its effects. Smoking involves inhaling the cocaine vapor or smoke into the lungs. The absorption after smoking cocaine is as fast as by injection.

Cocaine is used mainly for recreational purposes to increase alertness, relieve fatigue, feel stronger and more decisive. Often, cocaine is abused for its intense euphoric effects. Rarely or seldom is cocaine used as a topical local anesthetic for ear, nose and throat surgery. Traditionally, the coca leaves are chewed or brewed into a tea for refreshment and to relieve fatigue.

Peak Levels And Half Life Of Cocaine

Cocaine is a powerfully addictive stimulant drug made from the leaves of the coca plant.Cocaine has a short half-life of about 0.8 to 0.2 hours. The half-life of benzoylecgonine, the main cocaine metabolite though is 6 hours.

However, the most important factor for cocaine performance in the body is the route of administration. For example, snorting 160 mg of cocaine results in peak levels at 30 minutes; the peak of benzoylecgonine, is around 3 hours. After oral administration of 140 mg cocaine, peak levels occur in plasma concentrations at 1 hour. And while a single dose of 32 mg IV injected cocaine produces peak plasma concentration within 5 minutes, smoking reaches the peak at 45 minutes.

Cocaine Drug Testing: How Long Does Cocaine Stay In The Body?

Cocaine is extensively metabolized to a variety of compounds which are centrally inactive. Most of it metabolizes within 4 hours. But cocaine is still detectable on most drug tests up to a week later and can be “visible” for up to three months in other specific kinds of drug testing.

How Long Does Cocaine Stay In Blood?

Small part of a cocaine dose may stay in the system and be detected in blood for 48 hours after use. Many users may develop cocaine tolerance, and the changes in cocaine concentrations in storage are also crucial for blood testing. Unlike other drugs, cocaine has a large overlap between toxic, lethal and therapeutic concentrations. There are cases when no cocaine presence in the blood was measured, even after prolonged use.

How Long Does Cocaine Stay In Hair?

As with other drugs, cocaine concentrations in hair are visible for at least 90 days after dosing. However, cocaine does not leave its marks at the root of the hair, but to specific areas. That means that it is there until the hair falls out or is cut off.

How Long Does Cocaine Stay In Urine?

As with other drugs, there is no exact window of detection for cocaine in urine. Cocaine metabolites may be excreted in the urine for up to several weeks after use.

Very low concentrations may be detected during the initial few hours, however, benzoylecgonine persists in urine at detectable concentrations from 2-4 days. Chronic, heavy use of cocaine can result in detectable amounts for up to 10 days following a binge use.

How Long Does Cocaine Stay In Saliva Or Sweat?

How Cocaine Is Detected on Drug Tests 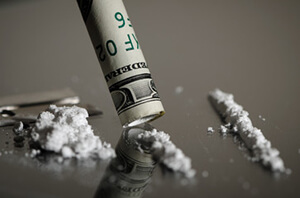 Cocaine’s half-life is nearly just as short at only an hour. This means that it takes about an hour for half of the cocaine consumed to leave the body. However, heavy, long-term use will cause the drug to start to accumulate in body tissues, allowing certain tests to detect the drug in the system for an extended period of time.

For example, after a single use of cocaine, agents created by the metabolization of the drug can be detected in a person’s urine for 2-4 days. However, for chronic users, or if it follows a heavy binge, cocaine can be detected in urine for up to 14 days. The length of time that urine tests are effective also depends on the size of the dose and the purity of the substance. Extremely high doses can cause cocaine metabolites to be detectable for up to 3 weeks.

Cocaine can also be detected in the blood and saliva for an average of 12-48 hours after the last use. Unlike many other intoxicants, cocaine will stay in a person’s sweat for an extended period of time, up to several weeks. It can also be found in a user’s hair for years after an individual stops taking the drug. However, urine is the preferred method of testing for most medical facilities and in legal situations.

Anyone who regularly needs to be tested for cocaine is likely to have an addiction disorder.

"Cocaine is a particularly addictive intoxicant, and its intense stimulant effects can cause long-term damage to the body and brain."

This means that those addicted to cocaine are in serious need of treatment as soon as possible.

How Long Does Cocaine Stay in the System?

When discussing a cocaine test, people may wonder how long this drug stays in their system. While you’re high for a relatively short period, a cocaine test can show the use of the drug for around two to four days in urine, even though it metabolizes within about four hours. However, for someone who is a long-term or heavy user of cocaine, the drug can stay in their system and be detectable on a cocaine test for longer. In certain types of drug screens, cocaine can show up in the results for up to three months after someone uses it. With hair testing, cocaine may show up in results for at least 90 days after someone has used the last dose.

In terms of saliva cocaine testing, the half-life of the drug is around two hours, but there have been some traces of cocaine found in saliva as long as 19 hours after someone took the drug. Some of the specific factors that determine how long cocaine stays in the system of a user include the amount they use, whether they mixed it with other substances, how often they use cocaine, and the method of drug testing they’re undergoing. As a general guide, if someone has used cocaine only once, it’s usually detectable in urine for around three to five days. For someone who takes a larger dose of cocaine or uses it occasionally, it may show up in urine for three to seven days. For frequent or heavy cocaine users, a urine test can show the drug for five to 14 days after the last dose.

Factors that can cause cocaine metabolites to linger in the system can include the amount of the drug that has been used. The more cocaine you use per session, the longer that it can be detected, according to some studies.

Other factors that can cause benzoylecgonine to linger include:

People often underestimate how cocaine can be addictive. Defined as a desire for more of the drug despite the negative consequences, cocaine addiction happens very often to drug users, including all routes of administration.