How Long Does Alcohol Stay in Your System?

How long alcohol is detectable in the body (in the blood, in the saliva/on the breath, or in urine) depends on several factors. 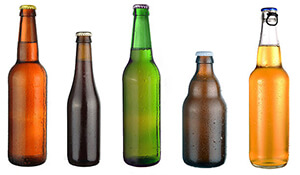 Generally, a period of drinking lasts for an hour or more, sometimes going on for several hours.

Although alcohol passes through the digestive system, it requires little to no actual digestion. Once consumed, 20 percent of the substance moves directly into the blood vessels and is carried throughout the body and to the brain. The rest enters the bloodstream after being absorbed by the small intestines. This process is slowed when there’s food in the stomach and intestines, causing it to take longer for the individual to become intoxicated.

How Is Alcohol Processed in the Body?

Alcohol is metabolized in the liver, which takes about an hour to metabolize 1 ounce of alcohol. Food can slow down the rate at which alcohol enters the body. Men and women tend to absorb alcohol at different rates due to men having more water in their bodies than women.

This process is a bit different when someone starts consuming alcohol faster than the liver can metabolize it.

How Is Alcohol Digested?

Alcohol is one the most accessible depressant drugs on the market as seen by the high rates of alcoholism in the US as well as around the world. As a depressant, alcohol slows down central nervous system processes, which affects just about every physical and mental activity carried out by the body. In effect, the body readily accepts and absorbs alcohol as soon as you take a drink.

Unlike food or other types of drugs, alcohol requires little to no digestion in terms of needing to break it down into a digestible form. Once in the stomach, 20 percent of the alcohol moves directly into the small blood vessels that carry water and nutrients throughout the body. The remaining 80 percent moves into the small intestines where it enters another group of small blood vessels that travel through the body.

The rate at which alcohol enters the body slows down when ingested with food. Slower absorption rates help to increase the time it takes a person to get fully intoxicated.

How Alcohol Is Absorbed

The reason that alcohol levels build up in your system is that, for most people, it is absorbed into the system more rapidly than it is metabolized.

For a person weighing 150 pounds, for example, one standard drink will increase their blood-alcohol concentration about 0.02 percent, but the body can only remove about 0.016 percent per hour.

Therefore, even if you consume only one drink per hour, your blood alcohol concentration (BAC) is going to continue to increase. If you drink more than one per hour, it rises much more rapidly.

The rate at which alcohol is absorbed depends on a lot of variables such as your total body weight, the water content of your body, and how much food you have had to eat prior to drinking. Gender is a factor, too. Women tend to absorb alcohol at a much quicker rate than men.

Once alcohol enters the bloodstream, it travels to the liver where it’s metabolized. According to the State University of New York, the liver metabolizes alcohol at the same rate for everybody, regardless of weight, sex or race. Of course, rates will be considerably slower for someone suffering from liver disease or a serious liver condition.

On average, the liver takes one hour to metabolize one ounce of alcohol. For most people, one ounce of alcohol will produce a .015 blood-alcohol concentration. This means someone with a .015 blood-alcohol level will have little to no alcohol in their bloodstream after 10 hours have passed. So the more you drink, the longer alcohol stays in the system.

Liver metabolism rates also affect how alcohol will make you feel if you continue to keep drinking. Once a person’s blood-alcohol levels go above .05 to .055, alcohol’s negative effects start to increase. So feelings of calm, happiness and relaxation start to turn into depression, irritability and disorientation. These changes represent the two-phase or “biphasic” effect of alcohol in the body. Once a person reaches the second phase, damage to the brain and body is more likely.

Other Factors Affecting the Metabolism of Alcohol

The metabolism times above are estimated for the average person. There are other factors that can affect how quickly or slowly your body will eliminate alcohol from your system.

Some of those factors include:

How Alcohol Is Removed From Your Body

The body metabolizes alcohol by oxidizing the ethanol to acetaldehyde to acetic acid to carbon dioxide and water. About 5 percent of the alcohol you drink is excreted by the body through sweat, breath, urine, feces, and saliva.

Most of the alcohol you consume, however, is metabolized in the liver, and the liver can process only so much alcohol per hour. The liver metabolizes alcohol at an average rate of 0.016 percent BAC per hour (less than one drink). The rate of metabolism is also affected by the size of your liver and how well it is functioning. In addition, there are genetic variations in the enzyme systems that that break down alcohol.

What Happens During an Alcohol Test

Alcohol testing is performed for a variety or reasons. There are two types of alcohol tests you may be asked to take, such as in a police investigation or as part of an alcohol treatment program. There are also different types of tests for different parts of your body, and each one has multiple uses. For example, if you’re being tested in a medical setting for intoxication, doctors are more likely to take a blood sample. In a legal setting, such as after an accident or a suspected DUI, you’re likely to be given a breath test.

Alcohol can be detected in urine, blood, saliva, sweat, breath, and even your hair follicles.

Regardless of what part of the body the test is for, though, most alcohol tests are looking for one of two chemicals: ethanol or EtG.

While 92-98% of alcohol is metabolized in the liver, the remaining 2-8% leave the body through urine, sweat, and breath. Ethanol is beverage alcohol that can be detected in urine up to one or two hours after the alcohol has left the body.

When it comes to ethanol urine tests, there’s going to be a bit of a lag as the body filters the alcohol from the blood into the bladder. It can take up to 2 hours for alcohol to show up in your urine.

But once it’s there, a single ounce of pure alcohol is detectable for about 1.5 hours. If you reach a higher BAC, the alcohol will be detectable for longer, up to roughly 12 hours.

How Ethanol Tests Are Used

Ethanol urine tests are not the most accurate, partly because the alcohol concentration in urine tends to lag behind the actual concentration of alcohol in the blood. Also, ethanol is also created naturally in the body by bacteria.

If you have diabetes or a yeast infection, your body can naturally create enough ethanol to trigger a false positive. This is especially true if the urine sample is left out at room temperature, where the microorganisms can continue to ferment glucose and create more alcohol.

To combat inaccurate readings, you might be asked to give a second urine sample a half hour after the first one. This serves as a comparison to give a better picture of how long the alcohol has been in the bladder.

With each drink, you give away your humanity and freedom to a lie that will take from you until you have nothing left to give. Has this happened to you? If you’re reading this, you already know that alcohol is not the way. You don’t need temporary relief. You need complete healing. That’s what we do here at Rehabnear. Call us now. You don’t have to be afraid, ashamed or alone anymore.

Did You Fail an Alcohol Test?

If you find yourself failing an alcohol test for a new job or a legal situation, there might be a bigger problem at hand. An alcohol dependence can start with a few bad days and become a long, life-consuming habit.

High functioning alcoholics may try to hide drinking habits, and may struggle to pass an alcohol test. Both may point to a larger problem. Don’t wait to reach out for support. Learn more about our alcohol detox programs and drug rehab treatment.